Guys. This may just be the greatest chex mix/trail mix/pumpkin recipe that you will ever taste in your entire existence. The first time I made it, I was hoping it would would be good, but I wasn’t expecting it to be that good. Zachary and I scarfed down like it was going outta style! I can’t even count the number of times we told ourselves, “We really need to stop eating this, so we can take a picture before it’s all gone.” It’s a new family favorite in our house and I’ll be making it for the third time this week to share with my co-workers. Everyone needs to taste this delightful snack! 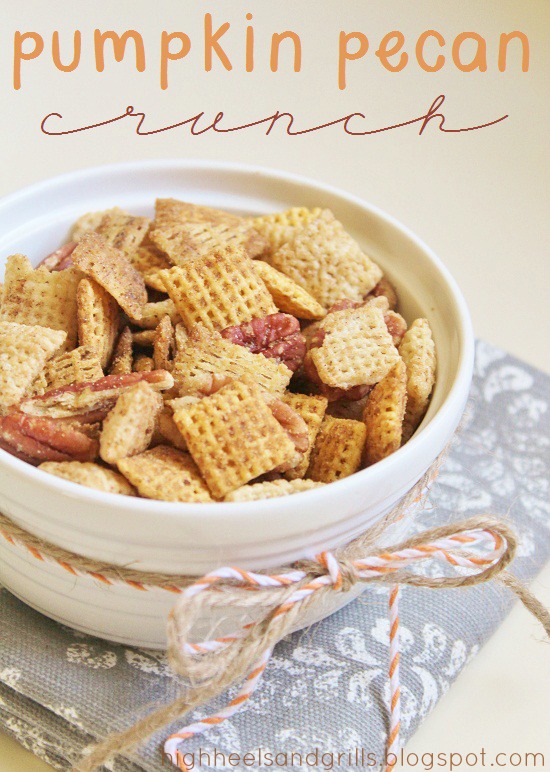 I actually found this on the back of a box of Chex {go figure} and thought that it sounded easy enough to try that same day. I tweaked it a little bit to what I could find at the grocery store and I wouldn’t change a single thing about it.

Directions:
I love how festive and fall-timey this recipe is! It makes for great gifts too! I actually put some in a little jar and gave it to my friend for her birthday the other day. You’re sure to love it just as much as we do! {Zach says that if you don’t, you need to find yourself a new set of tastebuds.}
-Sarah
Linking up here.

Enter your name and email and get the weekly newsletter... it's FREE!

Your information will *never* be shared or sold to a 3rd party.
7811shares