These 15+ Fall Slow Cooker Recipes are sure to make you feel warm and cozy on these crisp days! There are dinners, desserts, sides, anything you need to help plan the best meals. 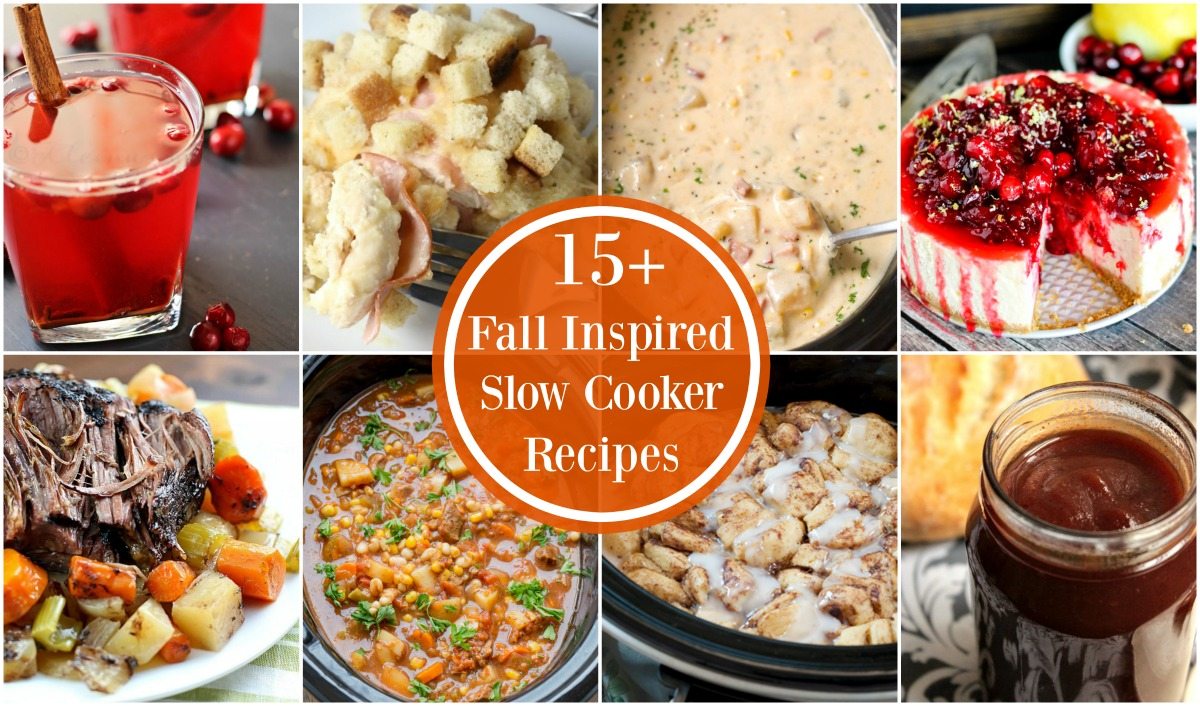 We just moved to Louisiana two months ago and while it is a lot warmer than it was in Wyoming, where we moved from, it has been really chilly the past few days! People told me it would be, but after how warm it was in August, I didn’t quite believe them. It might finally be time to whip out my sweaters and boots! I figured a lot of you are probably going through the same thing and may have even seen snow already, which is why I rounded up these 15+ Fall Slow Cooker Recipes from my food blog friends for you to try! They all look so tasty.

Almost nothing makes me happier than days when dinner is made in the slow cooker. Not only does it make my house smell amazing, but it is so freeing and relaxing to know that I don’t have to be so hands-on and in the kitchen for long periods to have a delicious meal. It helps me to be a better parent. I hope these recipes help you to feel the same!

Your information will *never* be shared or sold to a 3rd party.
1606 shares