This post is brought to you in partnership with REAL® Seal. I was compensated for this post, but all thoughts and opinions are my own.

This Coconut Cream Dreamboat Dessert has a Golden Oreo crust, a cream cheese and Cool Whip layer, a Coconut pudding layer, more Cool Whip, and is topped off with toasted coconut. It is a super easy dessert to make and tastes just like it’s title – a dream. 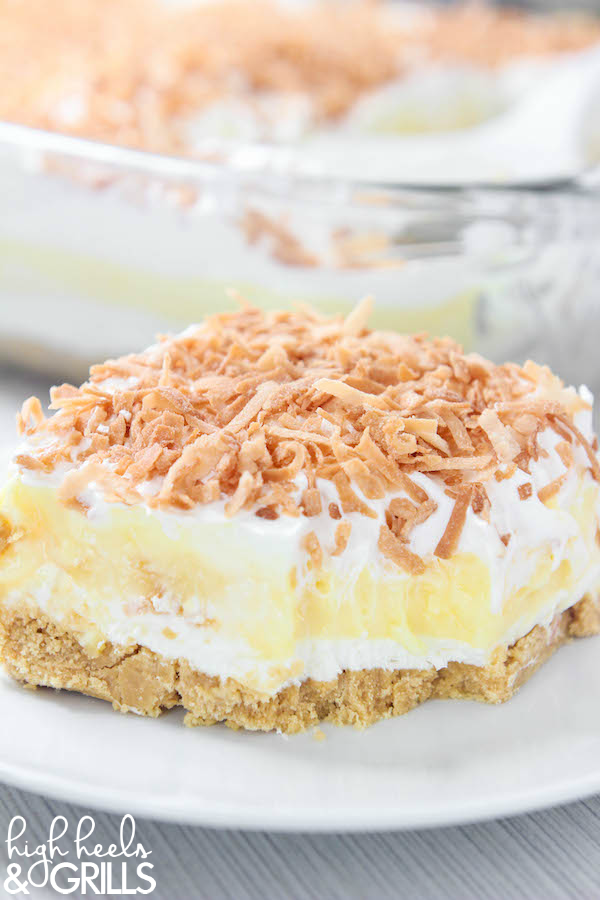 Coconut lovers in da hoooouse! I can’t help but judge people who don’t like coconut a little bit. I’m pretty sure that stuff was sent straight from the gods themselves! I love it and I love baking with it even more. Or should I say, not baking? Because this dessert happens to be a delicious no-bake dessert that is super easy to make and can be whipped up in no time! 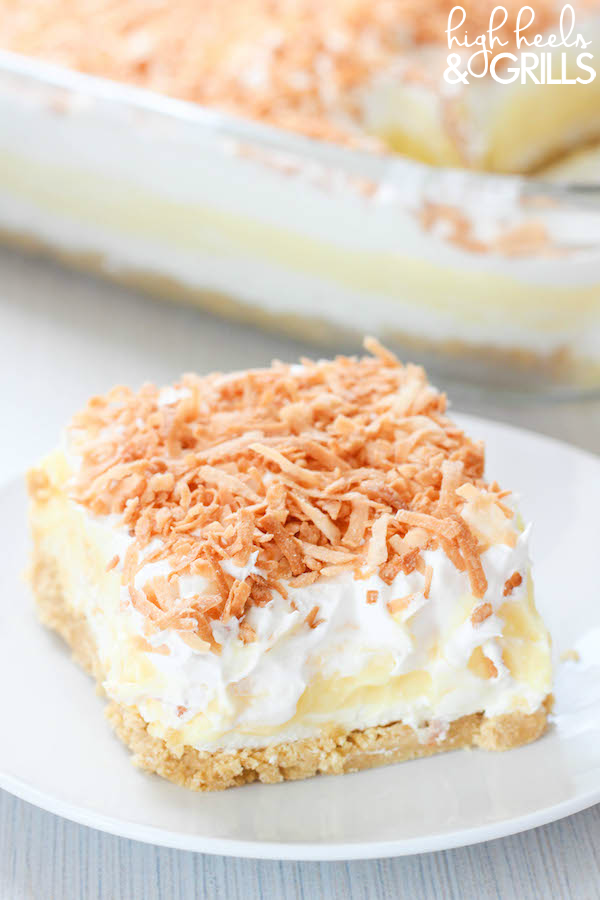 We have a couple other versions of this here on the blog. We have a vanilla version {also, one of the most popular recipes on our blog}, a pumpkin version, and a pistachio version. I’d like to say that this coconut one is my favorite, but they are all, actually, pretty equally delicious. 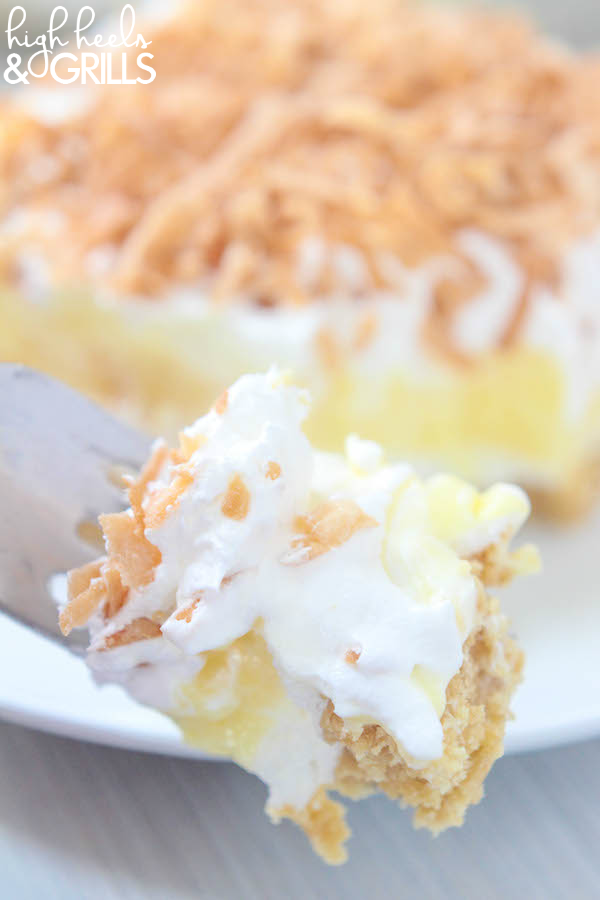 I was inspired to make this version, due to my new status as a REAL® Seal Dairy Diva! I did this last year as well and I was so excited when they asked me to do it again this year. They are such a great company that focus on real dairy products from cows raised in the U.S. It gets me excited when I come across the REAL® Seal on the dairy products that I love, because I know they can be trusted and are great for my family and me. 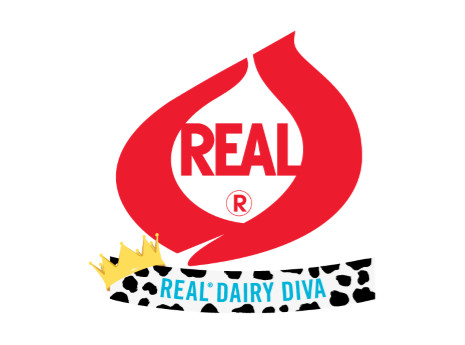 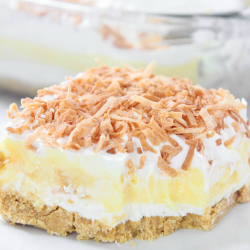 Your information will *never* be shared or sold to a 3rd party.
90198 shares