47.3K shares
Welcome to Man Monday!
I might dub these DELICIOUS egg rolls, the Han Solo Egg Rolls.  Why you ask? Because they saved me from imminent pain and anguish, just in the nick of time.  Shall I explain?
So let me tell you the story peeps.  There’s this restaurant where we live called Lulu’s Asian Bistro.  On Valentine’s Day (2014) we visited this place and I enjoyed the best egg drop soup that I’ve had in a LONG time.  It was so good that I made the determination to recreate it myself.  Do you want to know how many times I tried? Five. Five miserable and failed attempts.  My Richter Rage Scale was at an 8.9, at least.  The waves of anger emanating from me were felt in Bora Bora. Just ask Sarah – I vowed to never cook again.
30 minutes later I made these… 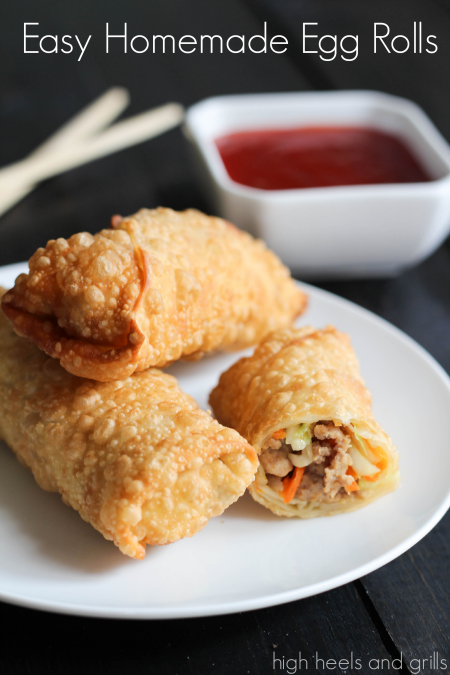 I hope you guys really enjoy your HSERs… what?  You don’t know what that is?  Have you been paying attention at all?  Han Solo Egg Rolls!  Maybe they will save you just in the nick of time too – so easy, so delicious, no joke.
Stay tuned for attempt SIX of the ever elusive Perfect Egg Drop Soup.  If you hear any explosions this weekend, it might actually just be my rage if this attempt doesn’t work.
-Zach
Facebook | Pinterest | Instagram | Twitter | Contact

Your information will *never* be shared or sold to a 3rd party.
47277 shares