Last year, Zachary and I discovered cinnamon roll pancakes and were instantly hooked. We loved them so much, that we were determined we would have them for breakfast when we went camping over Labor Day weekend. We bought an adapter, so we could use our car to plug in our griddle and we hadn’t been at the campsite much longer than ten minutes before the adapter broke. We were irritated beyond belief, but luckily we had brought along a small frying pan. We put that over the sorry-excuse-for-a-grill that was provided at our campsite and somehow, we were able to have cinnamon roll pancakes that morning. Those were the most frustrating pancakes I’ve ever made in my life, but one bite, and it was totally worth it. 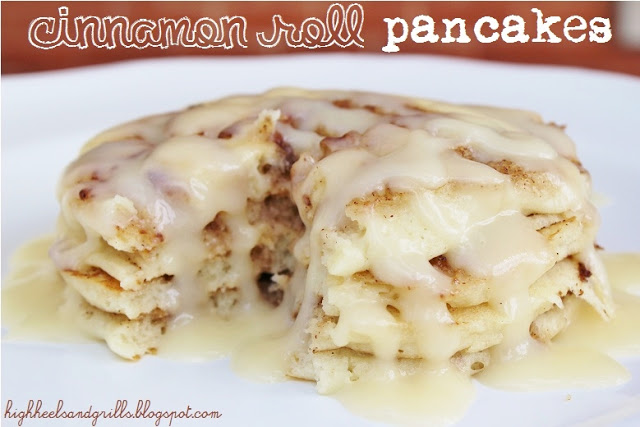 You definitely get the best of both worlds with these – pancakes and cinnamon rolls. Mmm-mm good. Thank you Recipe Girl for sharing this recipe with us! 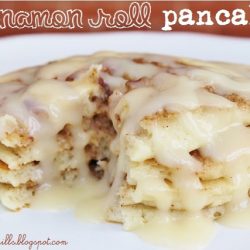 They may seem like a lot of work, but they really are well worth the reward. Enjoy!

Your information will *never* be shared or sold to a 3rd party.
3965 shares