137.2K shares
Happy Sunday! Don’t you just love the weekend? Zachary and I got out and did a little exploring yesterday with the pup and it was beyond glorious! We have a state park that’s about 1/2 hour away from us, so we went out with some friends and had a picnic and hiked around a little bit. 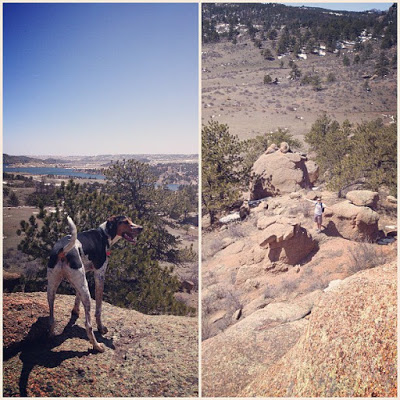 It was a gorgeous day and after almost a whole week’s worth of constant snow, we were so excited to have a warm day that finally made things feel like spring!
Anyway, back to why you’re here – I have to admit something: being a food blogger is kind of hard at times. We try so hard to perfect a recipe that is worthy of sharing, but sometimes? It’s just not in the cards. I don’t know how many things we’ve spent time making, just to throw away because it tastes disgusting and we know you guys wouldn’t like it. That was the case last week, when I tried to make my dad’s famous cinnamon rolls. Now, I know they’re good because I basically grew up on the darn things and they were delicious every time. But sometimes I’m just not as good at baking as I’d like to be.
After throwing away a dry, crusty batch of cinnamon rolls, I felt kinda bummed because I was already sold on the me-being-able-to-indulge-in-a-yummy-tasty-cinnamon-roll idea. That’s when I thought, “Hey. Let’s make things easier and make a batch of cinnamon roll bites.” Umm, ok. That sounds awesome. Why not, right? I used the same dough recipe as I did for my honey butter pull-apart rolls and it all turned out phenomenal! Zachary’s lucky there were any left by the time he got home from work. 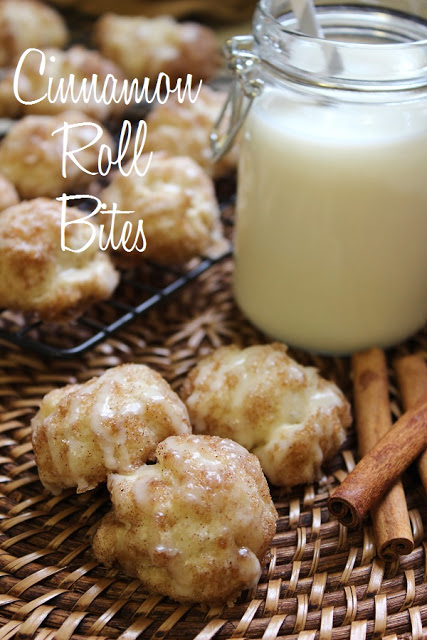 The great thing about these is they can be made overnight too. I got a} craving for them the other day at like 10 pm, so I whipped up the dough {which takes like ten minutes tops and just stuck it in the fridge overnight. Then you just make them like normal in the morning. This way you don’t have much waiting around to do if you’re making them for breakfast! {Which I highly suggest doing. These babies will put anyone in a good mood right off the bat.}
Ingredients:

Dough:
Icing:
Directions:
Now excuse me while I go for a walk to try to burn off these bad boys. I’ve had way too many of them this week.
-Sarah
Linking up here.

Your information will *never* be shared or sold to a 3rd party.
137212 shares